So the orange one is threatening to shut down the border between the USA and Mexico.  If that happens, where will you get your next shot of Tequila?  No more avocado toast for you folks that live on that for your breakfast each morning.  Apparently, nearly 50% of all vegetables bought in the USA are imported from Mexico, as well as nearly 40% of fruits.  This would include almost 100% of avocados as California's crops won't be ready for another month or so.

Supposedly, we would run through our current inventory within 3 weeks.  If this happens, I'll be running to buy up all the tequila so it'll be more like 2 weeks.  OMG, I might be able to make a lot of money if this happens...........hmmmmmm. 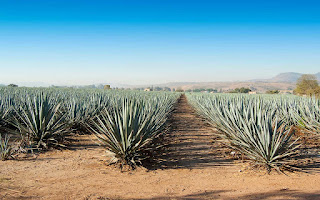 I mean, I guess I already knew he was an asshole..............but if I can't have a margarita because he continues to spill his lies and racist tirades to his shit-porters (see shitty supporters) someone is gonna be very unhappy when I can't get my chill on properly.

Joking aside, he's setting up businesses on both sides of the border to fail.  There are tons of restaurants, grocery chains, suppliers, truck drivers, etc that are involved in this production.  He's a not thinking it's what we need.........he's thinking it's what his supporters want to hear - WE'RE NOT GONNA LET ANYMORE BROWN PEOPLE HERE IN OUR LILLY WHITE COUNTRY.

Now the next step for them is how to keep enough brown people here to do the work the LW's don't want to do but still get rid of the excess brown people they don't want living here.  To live in that sort of ignorant mind..............the hardest part of their day is trying to figure out how to explain they're not racist when they really are.